​This skin was conceived from my curiosity for the question: What if the MT-25 actually existed, and was used in combat? It's inspired by vehicles like the IS-2 & ISU-122S, which had white stripes painted onto their hulls and turrets (both in-game and historically). I tried to give it a hand-painted & battle-worn look, and I think it turned out pretty well, personally. NOTE: "Родина-мать зовёт!" roughly-translates to "The Motherland Calls!".

The skin has been completely reworked for patch 0.9.18, and has received a skin for the new turret (aka the former stock turret, as well as the vehicle's historically-planned one), as well as updated hull and gun textures. Overall, I tried to match the stripes on each component so they lined up across the whole vehicle, and made them slightly more visible, as well as attempting to improve visual quality, both on the hull and turret.

(Quick notice on the new turret model: the turret side's textures are actually mapped in 3 separate pieces, and so I've tried to line each piece up as closely as possible, but they may still be slightly off. Sorry about that, but that's how the textures are on the original vehicle, and on the top turret, it wasn't as much of a problem, since the square edges could simply be weathered away instead of having to be matched up exactly) 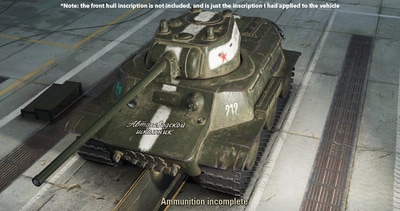 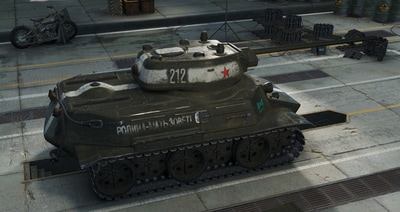 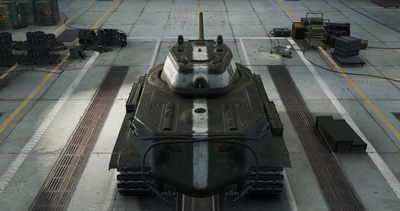 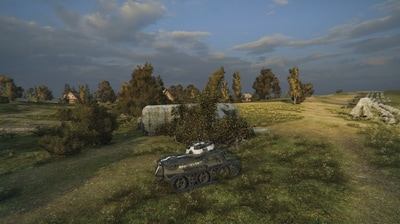 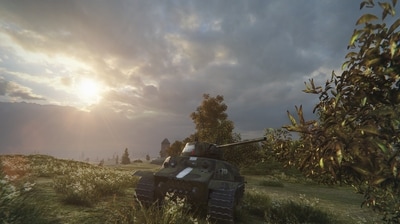 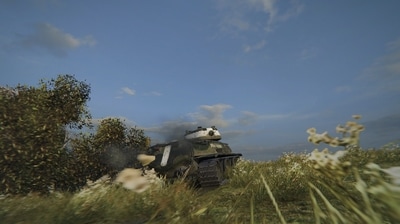 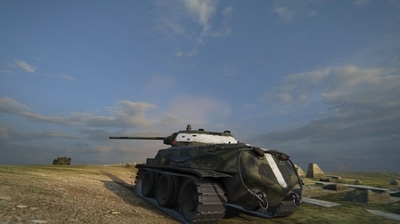 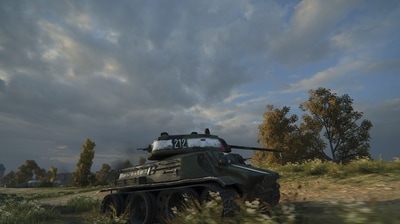 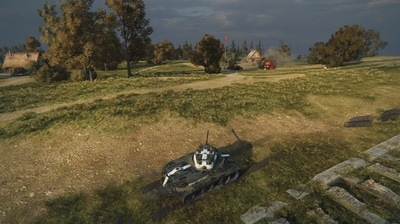